Human Brain, the most complicated organ of human body, is located in the skull of a human body. The brain is well protected by the skull bones from any external attacks/injuries. Brain is light pinkish in color and is very soft in nature with inside of brain pale white in coluor.  The human brain is proportionate to the body size which measures about 1130 cubic centimeters for women and around 1260 cubic centimeter for men.

An actual human brain weighs 1.5 kilo-grams(3 lbs). A men's brain weighs more than a women's brain of same size and body mass. A Human brain is solely responsible for all activities, expressions, planning, reasoning, thoughts etc. Without a brain, the body would be just a heap of meat and bones.

During first 3 weeks, embryo's ectoderm will form a strip called Neural Plate. Neutral plate later on in the process of development results in formation of the Neural Tube. This tube forms a crescent shaped Cerebral Hemisphere, Cerebellum and Pons.

Did you know that human brain is 3 times the size of its ancestor chimpanzee? Interesting isn't it? The earliest man is said to have a 600 cubic centimeter brain. In the years of evolution, it is believed that brain size has been increasing and present man has a very compact and efficient brain. The brain size has been increasing from the Australopithecus to the Homo sapiens in a span of about 4 million years. The modern man is having variety of high level cognitive functions as compared to the early ones.  In process of evolution, it was found that the Homo Sapiens had a 1500 cubic centimeter brain which shrunk to become 1350 cubic centimeter in past 28,000 years. But since brain size only will not decide brain's efficiency, it had no effect on the evolution of the brain. 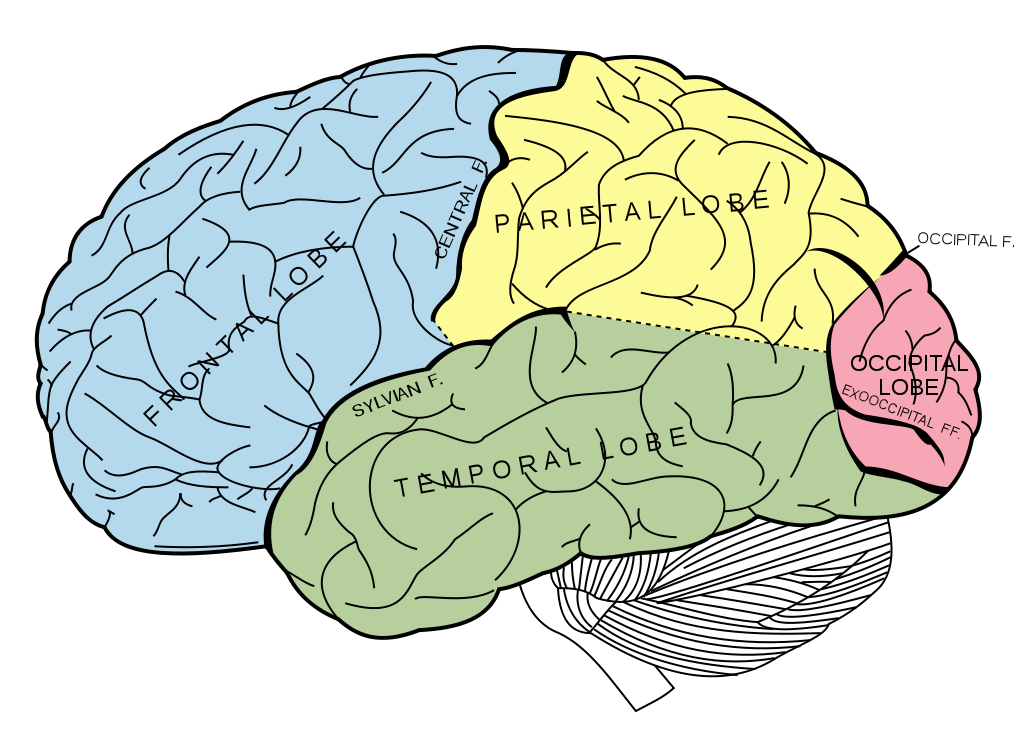 Parts Of Brain And Their Significances:

Human Brain is divided into 3 parts. The fore-brain, the mid-brain and the hind-brain. The brain is connected to the Central Nervous System(CNS). This CNS sends information from and to the brain. The signal is sent to the brain in form of pulses.  The human brain has 3 parts namely

The brain mainly contains neurons (200 billion), glial cells and blood vessels. The cerebral cortex alone has 125 trillion neurons.  It has a ventricle at the core and many other parts such as the medulla oblongata, pons, cerebellum, optic tcutum, thalamus, hypothalamus, basal ganglia, olfactory bulb and many small things. Quite a large number of parts for a small brain :D.

The biggest part of a human brain is the Cerebrum (Cerebral Hemisphere) and is situated above all other brain parts. They are protected by the Cortial Layer (cerebral cortex) which is a convoluted part. Beneath cerebrum is the Brain-stem which is just like stalk of a flower. The mid-brain, pons, and medulla are together referred to as the brainstem. In rear part of brain below cerebrum and behind brain-stem is the Cerebellum. 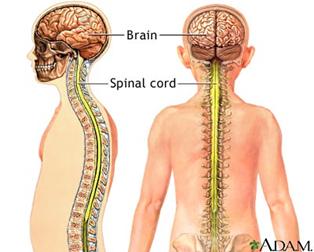 Cerebrum is the biggest part of the brain. This cerebrum is located in the fore brain and constitutes 4/5th of the brain's weight. This part of the brain is mainly responsible for all control of voluntary muscles and will power of an individual. A cerebral cortex is a large sheet of neural tissue convoluted so as to fit the gap between skull and cerebrum giving protection to the inner complicated parts of the brain. This cerebral cortex is about 2-4 millimeter in thickness and houses more than 10 billion nerve cells. The cerebral cortex is symmetrical along its center with 2 parts, known as the left and the right hemisphere. Both these hemispheres are identical to each other. These hemisphere are further divided into 4 lobes namely

Brain has corticalization which is considered as the biggest evolution of the human brain, which makes human brain unique from any other mammals' brain. Any damage to the cerebral cortex will result in a permanent coma stage.

The cerebral cortex has cortial folds called Gyri and Sulci. Since the convolution patterns resembles, they are usually named as Gyri and Sluci.

The cortex has 3 areas. They are:

The cerebellum is also anatomically sub-divided. The functional sub-divisions are:

The Cerebellum has also importance in coordinating the movements where the human attention is not there. For example, people perform normal activities without thinking or concentrating such as walking forward etc.

The Limblic System is present inside the Cerebrum. It is present on both side of the thalamus and under Cerebrum. It consists of thalamus, hypothalamus, amygdala, and hippocampus. This part of brain is usually referred to as the "Emotional Brain".

The brain-stem is structure that connects brain and the spinal chord. It is situated below the limbic system. This is the simplest part of the human brain which is associated with breathing, heartbeat, thinking etc. This part is present in all other earlier animals and is more evolved in humans. The brain-stem consists of mid-brain, pons, and medulla. The medulla controls how a person’s heart beats, blood pressure, breathing, swallowing or coughing. This part of a person’s brain stem functions on its own. It doesn't require a person’s attention all time. Hence a person’s heart beats without his idea. It’s also the reason why people breathe even when they are performing other actions.

After the advancement of medicine and after discovery of many devices to cure many diseases, there has been a significant advancement in the feild of brain science. Some equipment has been discovered which help the study of the complicated human brain. They are Electroencephalography, Electrocorticography, Magnetoencephalography.

The brain is most complicated parts of a human body. It is highly difficult to understand a human brain fully. Researches have been going on since decades and there has a significant success also. From these researchs it is found that any damage to the brain will result in a very critical situation. A severe blow to the head may even make a person lose all his memory and even may sometimes result in death. It is responsibility of everyone of us to protect our brains in spite of skull and other protective layers.