A neuron, or nerve cell is a cell excitability constitute the basic functional unit of the nervous system. The term 'neuron' was introduced into the medical vocabulary in 1881 by German anatomist Heinrich Wilhelm Waldeyer. Neurons provide the transmission of bioelectric signals called nerve impulses. They are 10 to 50 times less likely than glial cells, components of second nervous tissue has several functions including support and nutrition of neurons. 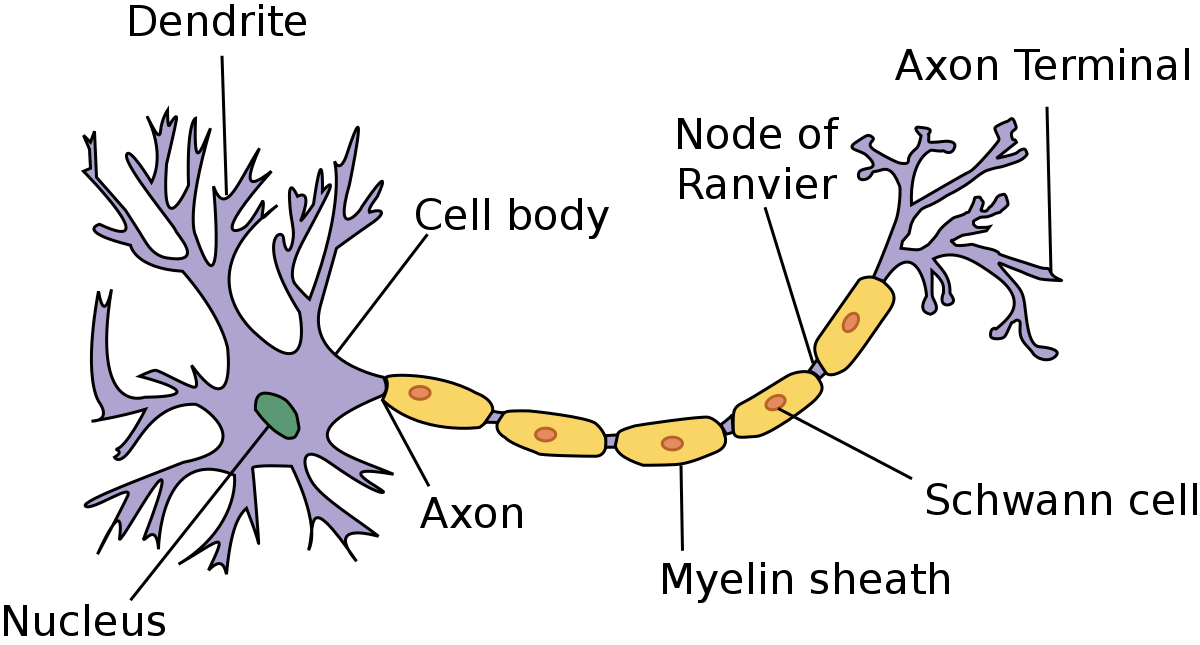 Diagram of a neuron

The axons are gathered into bundles, themselves linked by connective tissue (endoneurium and perineurium) forming the tract and nerves.

Specific markers are used in biology to detect neurons and stained in preparations. Is used for example antibodies directed against neurofilaments and cons of protein tau, which are found only in neurons.