Drawing of Ferdinand in the 1831 eruption of Empedocles.

Ferdinand is a shoal located in Italy, between Sicily and the coast Tunisian, which is the top of the volcano underwater Empedocles part of Campi Flegrei from the sea of Sicily Currently located eight meters deep, the shoal has emerged three times in 1701, 1831 and 1863 in favor of eruptions of Empedocles.

The Italians christened on 17 August 1831 the newly formed island "Ferdinand" in honor of Ferdinand II, King of the Two Sicilies at the time

The names "bench Graham" and "Graham Island" in English Bank Graham and Graham Island, dating back to 1831 when Captain Britain Humphrey Le Fleming Senhouse landed on the island temporarily, naming the new land in honor of Sir James Robert George Graham, the first Lord Commissioner of the Admiralty

The French have for their christened the island "Julia" in Italian Giulia referring to the month of July during which the island has emerged as Derussat planted a French flag on the summit of the island .

Ferdinand is located in the center of the Mediterranean Sea, specifically in the Strait of Sicily, the coast between Tunisia and the island Italian of Pantelleria southwest and Sicily distant about twenty miles north-east As part of Campi Flegrei from the sea of Sicily located in a depression submarine 1 000 m deep Ferdinand is the name given to the top of the volcano underwater Empedocles. Currently located eight meters below sea level, this summit has formed a temporary island three times in 1701, 1831 and 1863 entered into eruption

When the island emerged in 1831, it reached a size relatively consistent Roughly circular in shape, was the circumference of about five kilometers and its height was about 65 meters The culmination was in the north-east of the island on the edge of the crater 184 meters in diameter which was the northern part of the island The center and south of the island formed a plain eight and a half meters above sea level Was ejected from the crater of the lava for two eruptive vents that worked intermittently When these two eruptive vents have ceased to emit lava, the sea water has infiltrated, forming two small lakes with the largest measured twenty meters and a depth of two meters This water salt has warmed up to reject the water vapor and was loaded in ferrous sulfate and hydrogen sulfide which tinged red The island has eroded quickly under the action of waves: its scope was reduced from 700 meters September 29, altitude is more than a meter at the end of October and the island is about to completely disappear in early December On 12 August 1863, a brief eruption gives rise to a small island quickly engulfed by the sea

Recovery September 22, 2007 of a chest protecting a seismometer placed on Ferdinand.

Ferdinand is currently being considered in Italy because of its proximity to the coast of Sicily distance of twenty miles which allows its inclusion in the waters Italian But sovereignty was disputed when it emerged to form a temporary island on 2 July 1831 in favor of a rash of Empedocles began June 28 The Kingdom of Two Sicilies, but also France, the United Kingdom and the Spanish then claim the new land, provoking a diplomatic crisis On August 2, the admiral British Humphrey Le Fleming Senhouse landed on the island and plant a Union Jack in declaring the island as part of the British Empire In response, the King of Naples Ferdinand II ordered one of its warships to remove this flag to be replaced by a flag of the Kingdom of the Two Sicilies on August 17 The France also claimed the island and the scientific Derussat land the September 29 and planted a tricolor.

The position of Ferdinand in the Sicily channel connecting the eastern and western Mediterranean Sea explains the tensions between these nations Indeed, the Kingdom of Two Sicilies Ferdinandea surrounds with Sicily and the island of Pantelleria, the British are already present near the islands of Malta, the French settled in Algeria became a French colony a year ago and the Spanish are well established in the western Mediterranean. On or about August 11, the eruption of Empedocles ceases and the island is eroded in a few weeks to disappear beneath the waves after six months of existence on 12 January 1832, thus putting a halt to land claims

Apart from these claims and taken possession of the island was visited and studied by many scientists as Karl Hoffmann, the German Schultz and Philippi, the British Davy and Smyth, the French Edmond Joinville and Constant Prévost and Italians Domenico Scinà Effeméridi Sicilians who published in 1832 and Carlo Gemmellaro, professor of geology at the University of Catania, which issued shares of the Academy of Catania Gioenia The curious, including Britain, also made the trip to visit the island 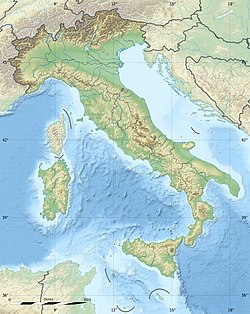 These claims reappear nearly 170 years after the appearance of the island where a slight activity seismic and volcanic Ferdinandea is detected Italy leads an expedition to plant a flag, in order to prevent any further claim by another State, including the United Kingdom, in the case of a subsequent emergence In 2001, Domenico Caluso claiming to be the descendant of Ferdinand II is holding a ceremony on top of Ferdinand or file a marble slab of 150kg with the inscription "This piece of land formerly Ferdinandea, belonged and still belong to the Sicilians "but found to be broken six months later

Other eruptions of Empedocles were translated by volcanic activity on Ferdinand as happened to 253 BC. BC during the First Punic War, in 1632, perhaps in 1701 and 12 August 1863, the last two resulting in the emergence of Ferdinand

In 1987, aircraft of the Air Force U.S., while on patrol in the area, bomb the shoal, confusing it with a submarine Libya