Regarding gay marriage, Paul is opposed to any federal intervention on the subject. To a question about his support for this type of marriage, he replies "I am in favor of all voluntary unions (associations), and people can call them whatever they want ".

Believing in the sanctity of life from conception, he is against euthanasia and if he declares himself personally against abortion, he especially declares that he wants to withdraw from the Supreme Court the prerogative of authorizing abortion between 0 and 12 weeks, and to entrust it to the federated states (he thus tabled a bill to this effect in 2005). In general, Ron Paul believes that all these societal questions must be decided by the states and not by the federal state which should be reduced to its simplest form.

In matters of immigration, he is against the right of soil because he perceives this as an incentive to immigration benefiting from state subsidies. Paul voted for the Secure Fence Act of 2006, authorizing a fence of more than 700 miles (1,100 kilometres) between the United States and Mexico. In this area, it is quite far from the positions of some current libertarians, favourable to free emigration in the name of the defence of individual freedom, unlike the paleo-libertarians who assert the right of exclusion.

In terms of biological research, Ron Paul supported research on stem cells, and opposed the Bush administration on this point, challenging in particular the very principle of government intervention on these issues.

A supporter of religious freedom and its free expression, he believes that it is not the responsibility of the federal government to intervene in the religious affairs of citizens or states. 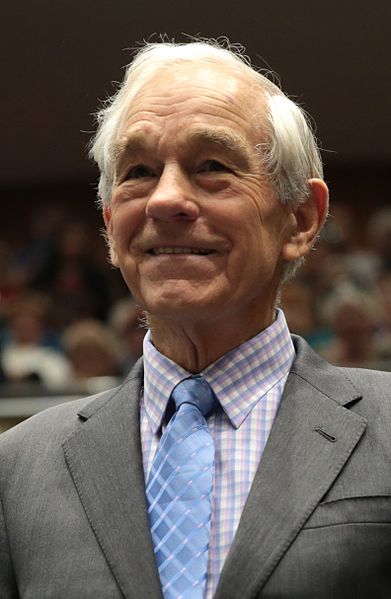 Regarding the death penalty, he has a position characteristic of paleo-libertarianism: he declared in 2007 that the death penalty could be earned for certain crimes, but that the federal government should not resort to it.

He defends the freedom to carry weapons.

Following the attacks of September 11, 2001, he voted against the Patriot Act and various Internet regulation measures by the federal state, which he denounces as so many attacks on individual freedoms.

He supports the use of medical marijuana. Even more, Ron Paul advocates the free sale of all narcotics both because he sees the ineffectiveness of prohibition measures (the War on Drugs in the United States) and because he promotes the responsibility of each individual in the face of to his lifestyle choices.

According to a study by the New American newspaper published in 2006, Ron Paul is of all the members of the House of Representatives and Senate the most "liberal", that is to say, a supporter of weak state intervention. In the private life of the various components of society (citizens, businesses, etc.); he claims to be from the Austrian School of Economics. He is the author of a bill to abolish income tax, the Internal Revenue Service. For him, the federal government should adhere to the duties specified in the Constitution. By extension, he wants to abolish the Federal Reserve. Ron Paul, for example, is against some federal legislation traditionally supported by representatives of rural or coastal districts, such as Paul's with 675 miles of coastline. Ron Paul, for example, is opposed to federally funded “flood” insurance because it forces those who do not live in flood-prone areas to subsidize those who choose to live there. Moreover, this does not allow those who live in these flood zones to freely choose their own insurer. Overall, he proposes to reduce federal taxes to a minimum.

Finally, he sees free trade as a system that promotes the development of harmonious relations between nations and the maintenance of peace.

Ron Paul finally seems to conceive of a more libertarian vision and closer to the idea of the Founding Fathers of the United States than the rest of the American political landscape. He demands the maintenance of powers in the federated states, and the limitation of the power of the federal state. He wishes a strong return to the values ​​of the American Constitution, the elimination or a significant reduction of the intervention of the federal State in the fields which are not envisaged by the text of the Constitution.

Hostile to the attribution of too much power to the central state, he is in favour of the suppression of the CIA and the Department of Education.

Non-interventionist, he opposes the proliferation of military interventions by the United States. In this capacity, he voted against the war in Iraq in 2003. He wants to stop the US role as "policeman of the world" or "creator of nations," and believes that the hostility of the Middle East to the United States resulting in attacks like those of 11 September are largely the consequence of a foreign policy inspired by too much interference. His opinion on the subject is both motivated by budgetary considerations (he rejects the enormous expenses occasioned in vain by the various wars) and a high conception of the sovereignty of nations as the American interest. It also demands the withdrawal of the United States from international institutions such as the UN, NATO, NAFTA or the WTO. According to him, this is not a protectionist reflex here (he is in favour of free trade without customs barriers or import taxes) but a refusal to submit to unelected authorities, perceived as threatening individual freedoms.

Publications and books by Ron Paul

Ron Paul, Freedom Under Siege: The US Constitution After 200 Years, 1987

Ron Paul, Gold, Peace, and Prosperity: The Birth of a New Currency, nineteen eighty one