Memory, as described in psychology is process of encoding, storing and retrieving information. Humans have memory cells in their brain. Whenever there is any damage in the cell, the particular memory would be lost. Memory Loss is also known as the amnesia, the act of forgetting or inability to recall/retrieve past events.

The memory loss is of 2 types.

Permanent memory loss can be because of ageing. When people fail to remember past events, they are usually referred to as amnesic. This is common among the aged people and is a natural phenomenon too. A temporary memory loss is act in which victim is unable to retrieve from memory what happened within a short time span. It is said that these kind of memory loss are timed also. The reason for memory loss is mainly due to alcohol consumption, smoking mainly. But on the other hands, lack of sleep especially sound sleep and hyper activities may lead to memory loss 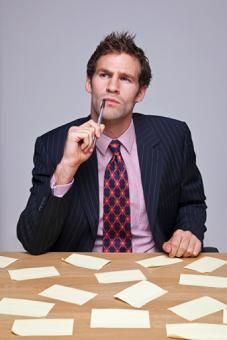 Although as mentioned earlier as it maybe due to addictions, it is also believed that it may occur due to deficiency in vitamin B1, B12. Many medicines such as antihistamines, sleeping tablets etc also play an important role in loss of memory. Stress, anxiety also come into picture when they cross a certain level. Any severe blow to head can damage memory and there could be chances of permanent loss of memory. But it is believed that in these situations, memory gradually will be retrieved by the victim. A stroke is another phenomenon which supports memory loss. Stoke is sudden stop of blood to the brain. The stoppage/interruption in the flow of blood causing dis-functionality of brain leading to loss of memory. People having this may remember long term incidents but have chances of losing memory of day-to-day activities like having a meal, taking bath etc.

There is no term as "treatment" for memory loss. It can be lowered by decreasing depression, anxiety. Quitting alcohols, smoking cigars, consumption of drugs play a major role.  Having adequate amount of sleep everyday, consuming nutritious diet would extend the possibilities too.