The object of anthropological study 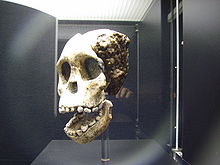 The subject matter of anthropology has been the subject of debate since the birth of the discipline, although it is common to all positions sharing the concern for producing knowledge about human beings. The way we address the issue is raised by the disagreement, because matter can be approached from different viewpoints. However, since the beginning of the epistemological configuration of Anthropology was the question of the Other . This is a central issue in science and anthropological disciplines that is taking shape since the Renaissance .

Following the development of different theoretical traditions in different countries, came into debate what was the aspect of human life that corresponded to study anthropology. At that time, linguists and archaeologists had already defined their own fields. Edward B. Tylor , on the front lines of the first chapter of his work Primitive Culture , proposed that the object was the culture or civilization, understood as a "complex whole" that includes the beliefs, art, morals, law, customs and any other habits acquired by man as a member of society. This proposal is present in all streams of anthropology, whether they are declared in favor or against.

Anthropology is a science that studies human responses to the environment, interpersonal relationships and sociocultural context in which they operate, the object will be the study of man in its multiple relationships, in addition to studying the culture and differentiation other human beings. Studies man as a whole, including biological and sociocultural aspects as an integral part of any group or society. Became an empirical science that brought a lot of information, science and first introduced the field and arises from the accounts of travelers, missionaries, etc. 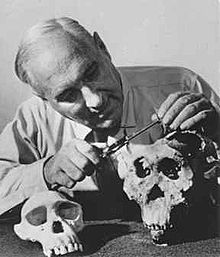 The biological anthropology or physics is the field of anthropology who specializes in the study of human beings from the standpoint of evolutionary and adaptive . By adopting an evolutionary stance, physical anthropologists are intended to account not only the great changes in the biological aspects of human being what is called humanization - but in small changes observed among human populations. The human physical diversity includes issues such as skin pigmentation, the shape of the skulls, the average size of a group, hair type and numerous other issues. To address this diversity, physical anthropology not only resorts to actual anatomical studies, but the interactions between humans and other species , animals and plants , the environment , issues relating to health and the interaction between different societies. The field of biological anthropology is also interest in other sciences with which it maintains a dialogue, for example, with the Primatology , the demographics , the ecology or health sciences . Among its specialties to the Paleoanthropology and medical anthropology .

The Archaeology is one of the anthropological sciences with the highest circulation among the general public. This is the scientific study of the remains of the human past. Arguably, this interest has been found at various times and places, though archeology has a very clear precedent in the collecting of antiquities in European societies. To accomplish his goals, archaeologists delve into deposits of these materials are known archaeological sites , or archaeological sites, modeled on the English Archaeological Site - a normally accessed by excavations . Despite stereotypes of archaeologists who are usually thought of as a sort of Indiana Jones - and platitudes about what the Archaeology, the method includes not only archaeological excavation techniques. First of all it comes to interpreting the findings, both in relation to their archaeological context and in relation to knowledge and proven, the history of the site and other elements.

The social anthropology , cultural or ethnology studies human behavior, culture, structures of social relations. At present social anthropology has turned to the study of the West and its culture. Although anthropologists for the core countries ( U.S. , Great Britain , France , etc.) This is a new approach, it should be noted that this practice is common in many Latin American anthropology (as an example, the work of Darcy Ribeiro on Brazil , the de Bonfil and Gonzalo Aguirre Beltran of Mexico , etc.).. Depending on whether it comes from the Anglo-Saxon tradition is known as cultural anthropology and, if part of the French school, then called ethnology. May have been distinguished from social anthropology in that their study is essentially directed to the analysis of other age as the work of social anthropology is usually more immediate. One of its main exponents is Claude Levi-Strauss , who offers an analysis of human behavior based on a structural approach in which rules of behavior for all subjects of a particular culture are present in all subjects from a structure ordering invisible to society.

The linguistic anthropology or anthropological linguistics studies human languages. Since language is a large part constitutive of culture, anthropologists see it as a separate discipline. Linguists interested in language development. Also, dealing with the differences in living languages, how they relate or differ, and certain processes that explain the migration and dissemination of information. They also wonder about the ways in which language reflects objects or other aspects of culture.

Within the social sciences, disciplines such as linguistics and anthropology have maintained a relationship that has taken the form of a complex articulatory influenced over time by different historical, social and theoretical prevailing. Linguistics, as well as the ethnology , the archeology , the social anthropology , the physical anthropology and history , is one of the disciplines that make up the field of anthropology from some perspectives. Linguistics studies language to find its main features so you can describe, explain or predict the linguistic phenomena. Depending on your goals, study the cognitive structures of human language competence or the role and relationship of language with social and cultural factors. 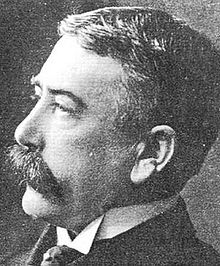 The relationship between linguistics and anthropology has responded to various interests. During the nineteenth century and the first half of the twentieth , anthropology and comparative linguistics trying to trace the genetic relationships and the historical development of languages and language families. Subsequently, the relationship between the two disciplines he took another perspective on the proposal from structuralism. The language models were adopted as models of cultural and social behavior in an attempt to interpret and analyze the socio-cultural systems within the currents of anthropology. The structural trend could be proposed by the influence of linguistics, both theoretically and methodologically. However, by excluding physical conditions and historical development, questioned that culture and social organization could be analyzed in the same way that a language code, using language as the basic model on which the whole thought structure or classification .

Notwithstanding these different views, you can reach productive approaches recognizing that culture and society are the product of both objective conditions or materials as conceptual or symbolic buildings. Thus, the interaction between these two dimensions allows us to address the socio-cultural systems as a material reality while a conceptual construct. The theories imply or express language in the world and are therefore ideal objects of study for social scientists. Language, as a conceptual tool, provides the most complex system of classification of experience, so each theory, whether anthropological, linguistic or the union of both, contributes to our understanding of culture as a complex phenomenon as "the language makes possible the universe of understanding and behavior patterns we call culture. It is also part of the culture, which is transmitted from one generation to another through learning and imitation, as well as other aspects of culture. "

Roman Jakobson argues that "anthropologists we tested, repeated endlessly, that language and culture are mutually imply that language should be seen as part of the life of society and the language is closely connected with cultural anthropology." For him, language, as the main system semiotic , is the foundation of culture: "Now we can only say to our friend McQuown which is not the perfect equality between sets of signs, and that the primary semiotic system, and more basic important is the language: the language is, indeed, the foundation of culture. With regard to language, other systems are nothing more than symbols or consequential or derivatives. Language is the primary means of communication information. "

In turn, each of the four main branches is divided into many sub-branches that often interact.

Anthropology of kinship : This branch focuses on family relationships, understood as a social phenomenon, and not merely derived from the biological relationships that develop between an individual, his parents, and their blood relatives, it is one of the oldest specialties in anthropology, and in fact is connected with the work of the early nineteenth century evolutionary anthropologists.

Anthropology of Religion : Study the religious and belief systems.

Philosophical anthropology : a branch of German philosophy and not scientific anthropology mainly deals with the uncertainties of ontological nature, focused on the man, taking into account a variety of aspects of human existence, past and This, by combining these materials together in an integrated approach to the problem of human existence. In addition, questions the fundamental nature of his being, he wondered what differentiates humans from all other beings, how it is defined by its historical existence, and so on. Such fundamental questions of philosophical anthropology can be condensed into a radical question: What is man?
Besides: economic anthropology, political anthropology, applied, rural, urban, visual, all approaches to be understood as different starting points or to analyze social phenomena.

Forensic Anthropology : Responsible for the identification of skeletonized human remains because of its extensive relationship with the biology and variability of the human skeleton. You can also determine if they have left marks on the bones, causes of death, to try to reconstruct the mechanics of facts and mechanics of injury, together with the forensic archaeologist, the criminal defense field and medical examiner , and provide, if possible, material on the offender's behavior through evidence left at the scene and perimortem and postmortem treatment given to the victim.

Paleoanthropology : It deals with the study of human evolution and their ancestors fossil or hominids older. Sometimes it may also be known as human paleontology.
Genetic Anthropology : It is defined as the application of molecular techniques to understand hominid evolution, including human, relating them to other non-human creatures.Of archeology emerge:

Underwater Archaeology : Follow the rules of the land archeology but is engaged, through diving skills to unravel ancient cultures whose material remains that for some reason or another, are currently under water.

Each branch has developed itself to a greater or lesser extent. The diversification of disciplines does not, on the other hand, who are in constant interaction with each other. These theories of anthropological disciplines share the basis of its interest in the study of humanity. However, metonymically today, when speaking of anthropology, par excellence refers to social anthropology.