It is considered that the birth of anthropology as a discipline took place during the Enlightenment , when in Europe were the first systematic attempts to study human behavior. The social sciences , which include, among others the case , the history , the philology , the sociology and, of course, anthropology, began to develop at this time.

On the other hand, the Romantic reaction against Enlightenment movement, which had its heart in Germany, was the context in which philosophers such as Herder and later Wilhelm Dilthey , wrote their works. They can trace the origin of several central concepts in the later development of anthropology.

These intellectual movements in part dealt with one of the greatest paradoxes of modernity : if the world got smaller and increasingly integrated, the experience of the world's people became more fragmented and dispersed. As Karl Marx and Friedrich Engels noted in the early 1840 :
All the old national industries have been or are being destroyed daily. Are displaced by new industries whose introduction becomes a matter of life and death for civilized nations, by industries that do not work only with local materials, but also raw materials brought from the most remote places, industries whose products are not consumed only by locals but also people around the globe. Instead of the old consumer demand, met by the country's output, find new needs, requiring for their satisfaction the products of distant places and climates. Instead of the old national seclusion and self-sufficiency, we have relationships in every direction, universal interdependence of nations.

Ironically, this universal interdependence, rather than leading to greater solidarity in humanity, coincided with increasing racial, ethnic, religious and class, and some cultural expressions confusing and disturbing. These are the conditions of life that people face every day now, but not new: they have their origin in processes that began in the sixteenth century and accelerated in the nineteenth century.

Institutionally, anthropology emerged from the natural history (expounded by authors such as Buffon ), defined as a study of humans, Europeans, generally, living in little known companies in the context of colonialism . This analysis of language, culture, physiology, and artifacts of primitive peoples, as they were called at that time, was equivalent to the study of flora and fauna of those places. That is why we can understand that Lewis Henry Morgan wrote both a monograph on The League of the Iroquois, as a primer on the American beaver and buildings.

An important event in the birth of anthropology as a discipline is institutionalized most of his first authored by biologists (as Herbert Spencer ), or legal training (as Bachoffen, Morgan, McLennan). These academic vocation influenced the construction of the anthropological object of the time and in the definition of two critical issues for anthropology during its history, namely the nature of social change over time and the right (discussed in the form the relationship ) and the mechanisms of inheritance.

Since the first approaches of institutional anthropology tended to extend the European concepts to understand the cultural diversity of other regions outside Europe, were incurred in excess of classifying people for an alleged greater or lesser degree of progress. So in the early days of investigation ethnographic , material culture products of nations "civilized" as China , were exhibited in museums dedicated to art, along with European works, while that their counterparts in Africa or Native cultures of America were displayed in natural history museums, alongside dinosaur bones and dioramas of landscapes (custom that remains in some places to this day). That said, curatorial practice has changed dramatically in recent years, and it would be wrong to see anthropology as a phenomenon of colonialism and chauvinism in Europe, because their relationship to imperialism was and is complex.

Continued refinement of anthropology and natural history in the late nineteenth century, the discipline began to crystallize, in 1935, for example, TK Penniman wrote the history of the discipline entitled 100 Years of Anthropology -. At this time dominated the "comparative method", which assumed a universal evolutionary process from the primitive to modern, it qualified for non-European societies as "remnants" of evolution, reflecting the European past. Scholars wrote histories of prehistoric migrations, some of which were valuable and some quite fantastic. It was during this period when the Europeans were able for the first time, to track migration Polynesian across the Pacific Ocean . Finally, we discussed the validity of race as a criterion for classification as human beings decanted characters attending genetic match despite the rise of racism .

In the twentieth century , academic disciplines began to be organized around three main domains: science, humanities and social sciences. Science, as dogmatic and naive falsificationism explain natural phenomena falsifiable laws through experimental method. The humanities project, the study of various traditions, from the history and the arts . The social sciences attempt to explain social phenomena using scientific methods, seeking universal basis for social knowledge. Anthropology is not restricted to any of these categories. 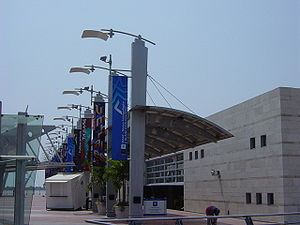 Both methods based on the natural sciences , as well as creating new techniques involving not only structured interviews, but the usual "participant observation" unstructured, and based on the new theory of evolution through natural selection , they proposed the scientific study conceived of humanity as a whole. It is crucial for this study the concept of culture . Culture has been defined in the anthropology of the most varied, although there may be agreement on its conceptualization as a social capacity to learn, think and act. The culture is a product of human evolution and distinguishing feature of Homo sapiens and perhaps all species of the genus Homo , of other species, and as a particular adaptation to local conditions taking the form of beliefs and practices highly variable. Therefore, the "culture" not only transcends the opposition between nature and consolidation; transcends and absorbs peculiarly distinctions between politics, religion, kinship, and European economy as autonomous domains. Anthropology so than the divisions between the natural and social sciences and humanities to explore the biological, linguistic, material and symbolic of humanity in all its forms.