He is the son of Dr. John Kennicott Albet and Mary Ransom born. He grew up in Chicago . From 1853 he worked with Spencer Fullerton Baird (1823-1887) at the National Museum of Natural History , where he became one of the most active members of the Club megatherium . He studied in 1855 , the Southern Illinois . He participated in 1856 , the creation of the Chicago Academy of Sciences , where he became the curator to 1863 and later, president. He organized in 1857 , the museum of natural history of North-western University. From 1858 to 1859 , Kennicott takes care of indexing and cataloging of specimens received in California by the National Museum of Natural History. 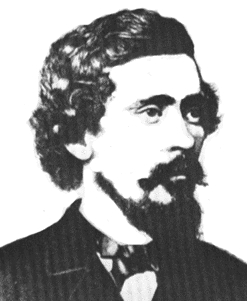 In April 1859 , he went collecting specimens in the boreal forests of Canada and the Arctic tundra. He returned to Washington in late 1862 with a huge collection.

In 1865 , an expedition is organized by the Western Union Telegraph to determine a possible route for the installation of a telegraph line between North America and Russia via the Bering Sea . Kennicott led the expedition, among other naturalists who attends must mention William Healey Dall (1845-1927).

The expedition arrived at San Francisco in April 1865 but the discord among the leaders of the expedition. She moved north to Vancouver where Kennicott sick. After recovering, he went north. He died of a heart attack while crossing the Yukon River .