The development of electronic and nominative tickets have made it possible to limit the black market and fraud: resale of tickets is possible through the ticket market published by the tournament, allowing spectators to resell their tickets legally and officially. Since 2009.

Statistics show that 30 to 40% of spectators are FFT licensees. 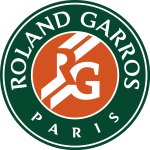 Qualifications take place over four days. To obtain their ticket for the final table, 128 players and 96 players play the week before the fortnight of competition. Among them, there will be only twelve for women and sixteen for men who will be able to face the best players in the world. Qualifying matches are played in two winning sets. You have to win three matches to get your right to access the final draw (players rated Q in the match table on some tennis venues). In addition, in the event of the absence of players entered for the final draw due to injury or illness, the best losers who reached the 3rd  round of qualifying may be drafted (in English, Lucky loser, LL). The meetings are held on the outside courts. At the last round of qualifying matches taking place on the short. The qualifications serve as a dress rehearsal for ball collectors, referees, stringers, security and maintenance officers. In 2005, the qualifiers attracted 16,303 visitors. Organizers can invite up to nine players who do not meet the qualifying criteria (often referred to as Wild Card).

Roland-Garros is one of the major tournaments of the season, since it corresponds to the second round of the Grand Slam tournaments, the most prestigious. It comes to end the season on clay, for the best players in the world, before the start of the season on grass. Considered the most demanding tournament, especially in terms of physicality, Roland-Garros marks each season the advent of one of the kings of the surface. The latter is hardly ever an attacker adept at serving-volley: John McEnroe, for example, has never managed to win him. The last French to win the singles tournament are Yannick Noah in 1983 and Mary Pierce in 2000.

The tournament is played on clay, in three winning sets for the men - except from 1973 to 1975 when the first two rounds of the men's singles were played in two winning sets - and in two winning sets for the women, like all tournaments. of the Grand Slam. This so-called slow surface and the absence of a decisive game in the last round sometimes lead to river encounters lasting several hours, which can end with very high scores, as in the match between Fabrice Santoro and Arnaud Clément which ended the May 25, 2004 after 6 hours and 33 minutes of play, with a score of 16-14 in the fifth set.

The balls have been yellow since 1978, they were previously white.

The Roland-Garros tournament is the only Grand Slam tournament that does not use the Hawk-Eye system, mainly because the ball leaves a mark on clay. The referee can himself check the track by dismounting from his chair. However, he does not always do this and in this case there may be a dispute as between John McEnroe and the referee on May 31, 1988.

From 2006, the tournament starts on Sunday. Called "Sunday start", it opens the fortnight of competition. In 2008, 32 first-round matches were held on the Philippe Chatrier, Suzanne Lenglen,. The other courts remain occupied for the training of players who start their tournament on Monday or Tuesday. Meetings begin at 11 a.m. and continue non-stop until nightfall (approximately 9.40 p.m. at this time of year). They start later from the semi-finals.

In 2008, spectators were reimbursed up to 50% of the ticket price for less than two hours of play, and 100% for less than one hour of play due to bad weather. For the first time, the organization offered spectators who came on their birthday at the French Open a ticket to the Masters of Paris-Bercy.

Selected according to precise criteria, the Roland-Garros ball collectors must bring the towel to the players and give them the balls they have collected. They are between twelve and sixteen years old, are less than five feet tall, do not wear glasses or contact lenses and have a license. These are the 250 ball collectors placed under the responsibility of David Portier and Arthur Bongrand. Selected from among some 2,500 applicants, these young people were subjected, from November to January, to physical and skill tests throughout France.

Mariano Puerta, 2005 finalist, is accused of doping on October 6, 2005by the newspaper L'Équipe, which states that a positive test for etilefrin (cardiac stimulant) was carried out on the evening of the final of the Roland-Garros tournament. The December 21, 2005, the International Tennis Federation announces the suspension of the player from all competition for 8 years from June 5, 2005, the heaviest sanction ever pronounced in the history of tennis. Puerta must also give up all his tournament winnings since his defeat at Roland Garros, ie 456,000 US dollars. The July 12, 2006, his sentence is reduced from 8 years to 2 years of suspension by the Court of Arbitration for Sport.

Sesil Karatantcheva tested positive for nandrolone during the French Open tennis tournament 2005. At the age of fifteen, she was sentenced, after appeal, to two years of suspension.

During the 2007 edition, 182 doping controls were carried out. From the quarterfinals, a systematic search for EPO from blood tests is carried out. Before the quarter-finals stage, urine tests for EPO are carried out at random. All of these controls are tested and sent to the same laboratory in Montreal.

Since 1981, the Lemon, Orange and Bourgeon prizes have also been awarded during the tournament. In 2008, after voting by SMS and internet from the public, Roger Federer received the Orange Prize, with 33% of the votes, ahead of Rafael Nadal (28%) and Gustavo Kuerten (22%); and Fabrice Santoro won the Citron prize ahead of Novak Djokovic. The press awards the 2008 Bourgeon Prize to the Frenchwoman Alizé Cornet. Ilie Năstaseis the only one to have received the Lemon and Orange awards the same year, and it was during the first year in 1981. Marcelo Ríos won the Lemon award from 1996 to 1999. Roger Federer received the Orange Awards 2005, 2006, 2007 and 2008. The "Special Prize for Fair Play of the Decade" was awarded to Gustavo Kuerten in 2008.

The Legends Trophy is a tournament opposing former tennis glories. Created in 1998 at the initiative of Mansour Bahrami, it takes place during the second week of the fortnight of the French Open. Two competitions are organized, one for players aged 35 to 45, the other for those over 45. The matches are played in doubles, at the best of two sets, with tie-break in each set and “tie-break match” in the third set, that is to say that the first to 10 points with two points difference win. The winners of the 2008 edition for 35-45 year-olds are Goran Ivanišević and Michael Stich while the double consisting of Anders Järryd andJohn McEnroe wins the over 45 tournament. Anders Jarryd is the most successful player in the Legends Trophy with six titles.

Since 2010, the female counterpart of the Legends Trophy was created and it takes place during the same period.

On the eve of the opening of the tournament, the Benny Berthet exhibition day traditionally takes place, the profits of which are donated to various charities. Every year since 1977, the French Open have organized this charity event. In 2006, Roger Federer, Rafael Nadal, Marat Safin, Amélie Mauresmo, Gaël Monfils, Richard Gasquet, Andy Murray, or even Mats Wilander, Henri Leconte, Cédric Pioline had raised more than € 241,000. In 2008, the associations which benefited from this day are: The Paris Committee of the League against Cancer, Sidaction, Vaincre la cysticiscidose, Fête le Mur and Tennis en Liberté.

Bertrand Delanoë, mayor of Paris, and Christian Bîmes, president of the FFT, inaugurated the June 4, 2008 the “Roland-Garros in the city” operation on the forecourt of the Hôtel-de-Ville. John McEnroe, Cédric Pioline and tournament players played exhibition matches for the Parisian public. For five days, a clay court and a mini-tennis court were available for children from the Sports School Centers. A giant screen broadcast matches during the last days of the tournament.